Alexander Davison and the Swarland Estate

Following our summer break, the first meeting has traditionally been a part ofd the Heritage Weekend events in Morpeth and this year is no exception. We are pleased to return to the Town Hall, where we will all doff our hats and bow reverently to the bust of our Admiral in the foyer as we enter.

Many of us will be familiar with the obelisk on the left-hand side of the northbound carriageway of the old A1 between Morpeth and Alnwick.  The monument, to Viscount Nelson, was erected two years after his death by Alexander Davison, owner of the adjacent estate surrounding (the now demolished) Swarland Hall. Davison was a friend of Nelson and his sometime Prize Agent.  A line of trees on the estate represents the Nile delta, whilst other groups of trees represent the positions of French and British ships engaged in the Battle of the Nile.

Local historian and Swarland resident, Vera Vaggs, will give us the entertaining and informative story of the man, the estate and the obelisk.

Being part of the Heritage Weekend, the event is free admission to all. 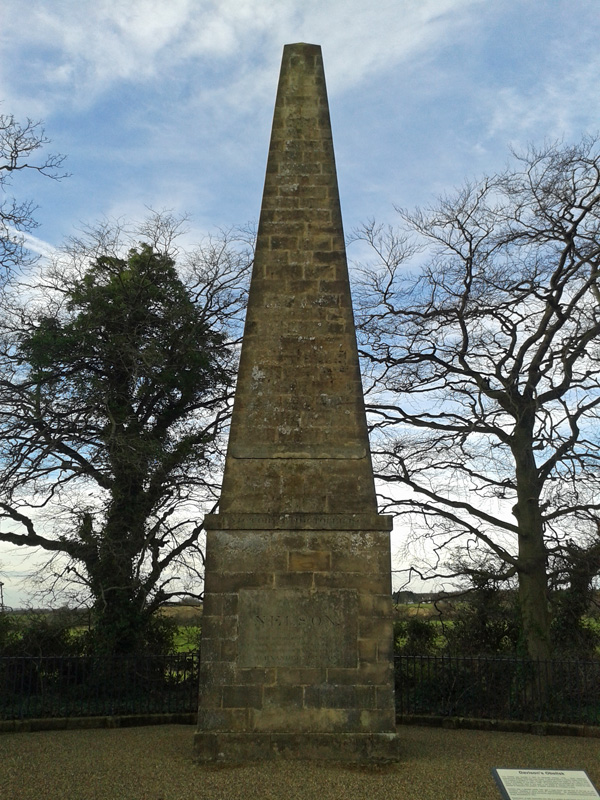