A real treat, but we tactfully suggest you consider delaying your evening meal until after attending this, our prestigious annual lecture, staged as always with the kind cooperation and support of the Newcastle upon Tyne Royal Grammar School.

Our speaker this year is Mr. Michael Crumplin, FRCS (Eng and Ed) FRHistS FINS FHS, the foremost authority on the field and battle surgery of the Trafalgar/Waterloo period.

After studying medicine of the Napoleonic and several other wars for over 45 years, and having taken a particular interest in surgical history, he devotes time to writing, lecturing and giving support to students, research workers, authors and the media. He has acted as medical advisor for many media programmes, students and authors. His principle purpose is to promote interest in the human cost of war and the oft-forgotten efforts of military medical men.

As a curator and archivist at the Royal College of Surgeons, he was closely involved in the development of the Hunterian Museum. He has been treasurer/trustee of the Waterloo Committee and member of the Waterloo 200 Operating Committee – heading up the educational group for the Bicentenary of the Battle of Waterloo. His latest project has been to set up a unique surgical museum, behind Wellington’s line at Mont St Jean, on the Battle of Waterloo heritage site.

His published works include:

He has additionally published over 50 articles and papers on related topics.  Michael is well quoted on his review of the autopsy on Nelson and we expect that he will refer to this, having been persuaded to reflect this time on the challenges faced by surgeons onboard ships of the Georgian Navy.

Attendance highly recommended.  Please circulate this information further and encourage friends and colleagues to come along as well.

Free for Society members and staff and pupils of the Royal Grammar School, £3 entry for visitors.  All are welcome. 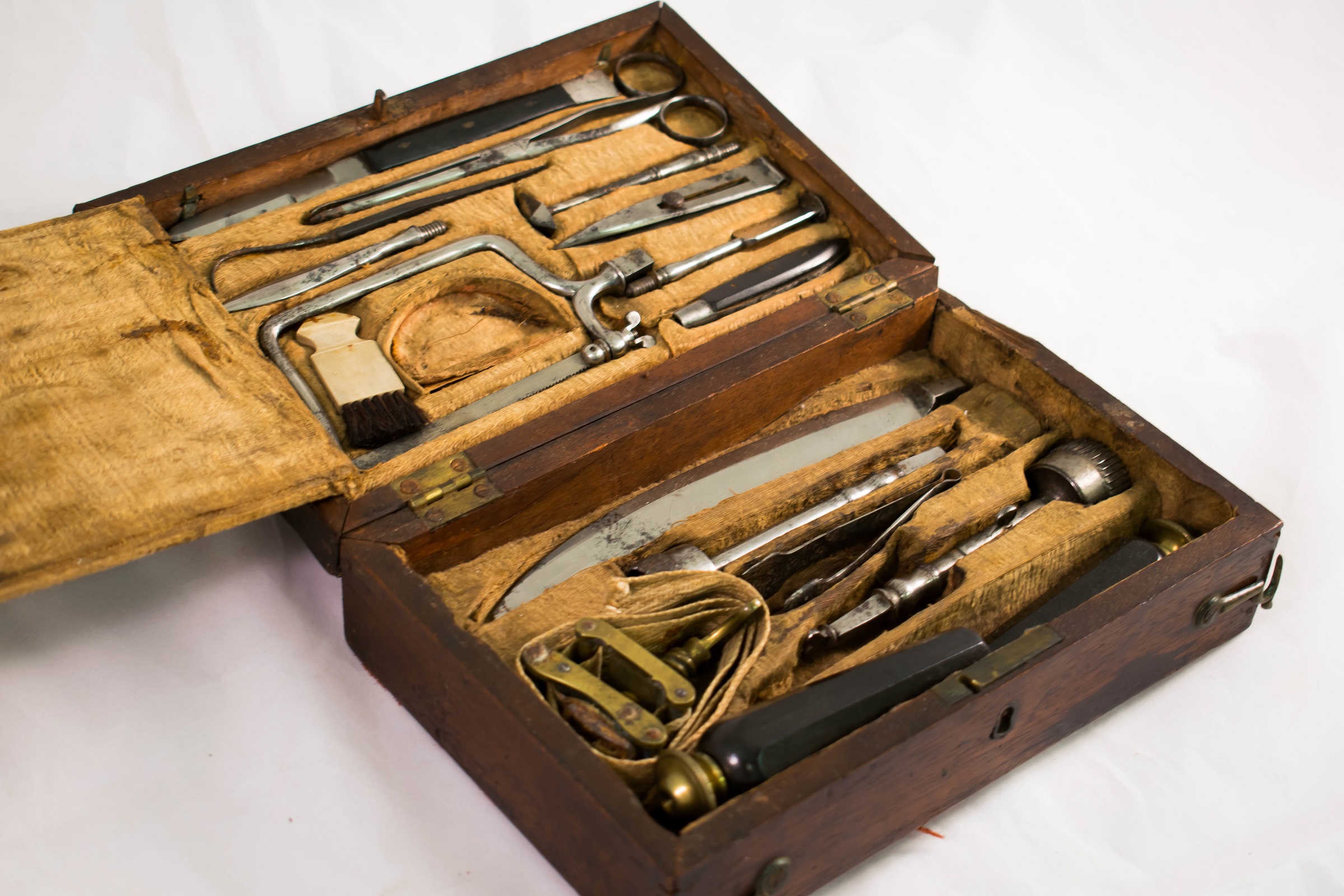 The instruments of Surgeon William Beatty of HMS VICTORY, used during the Battle of Trafalgar on Nelson and others.

Image © Royal College of Physicians and Surgeons of Glasgow, used with kind permission.